Good Luck and the Swastika 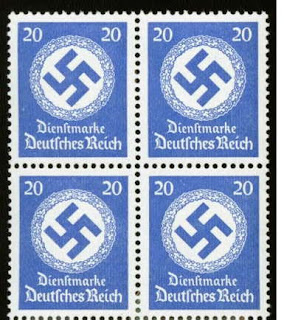 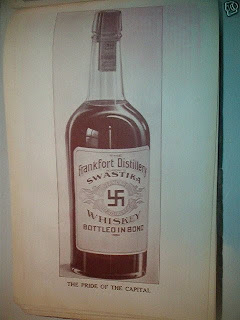 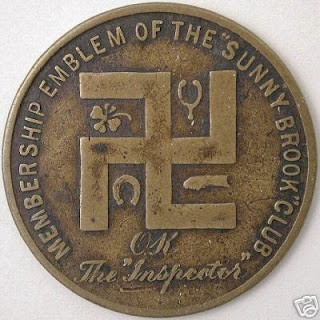 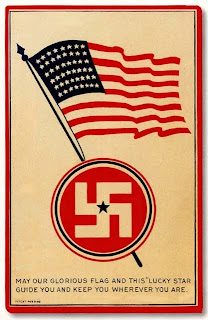 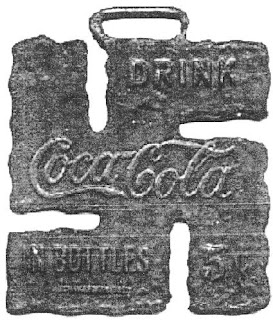 Growing up during and after World War II, I had a stamp collection that included wartime German stamps that featured large swastikas printed on them, as shown here. For me and most of humanity, that symbol was and continues to be linked with Hitler and the Nazi horrors.

That is why it was a surprise -- and something of a shock -- to come across a pre-Prohibition brand of liquor called Swastika Whiskey. The liquor was produced by the Paul Jones Distillery of Frankfort KY and the trademark registered with the federal government in the early 1900s. Its slogan was “Pride of the Capital.” Moreover, Sunny Brook Whiskey, a Chicago-based outfit with a distillery in Louisville, issued a Pre-Prohibition good luck piece with a rampant. swastika.

These discoveries led me to do some additional research. It revealed that the symbol of the swastika -- until the Nazis appropriated it -- had been considered a harbinger of good luck. The swastika is an ancient symbol, dating back 3,000 years to India. It also is an Native American icon, with origins in prehistory. .

A postcard produced by the E. Philips Company, an American publisher, emphasized the “good luck” aspect of the swastika. It copyrighted the image in 1907. That firm may also have produced the startling (by today’s sensibilities) postcard image of the American flag in tandem with the swastika. American pilots reportedly used the icon on their planes when they fought for the French in World War One. It also was the symbol for the Ladies Home Journal-sponsored Girls' Club. A town in Ontario, Canada, was named Swastika in 1911 because of a lucky gold strike.

Given its positive history, it is no wonder that organizations like Coca Cola, and the Boy Scouts found it an appropriate symbol. Coke used it as the shape for a key chain or watch fob and the Scouts displayed it with an ax on the spine of their 1903 “Handy Book.”

A stroll through the Internet reveals that some people are trying to rehabilitate the symbol as one involving peace and good luck My comment: “Lotsa luck!” Given the tragic events of the last century, I have a hunch is that the swastika will not be reborn anytime soon.
Posted by Jack Sullivan at 5:40 PM