Whence Ephemera Collecting in an E-Age? 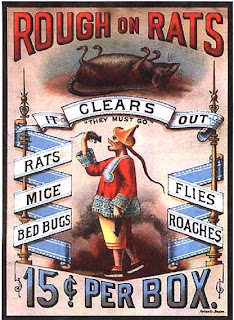 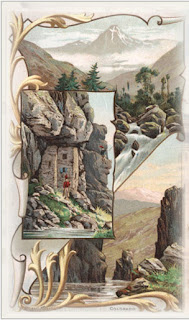 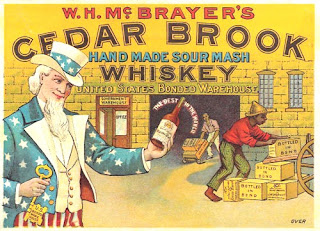 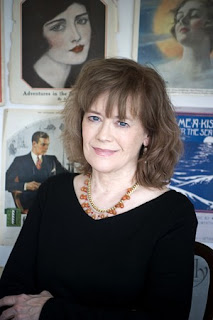 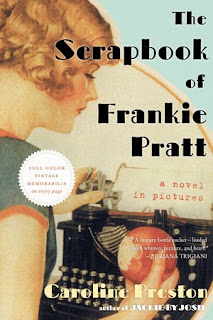 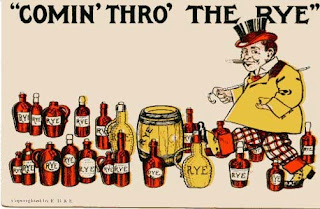 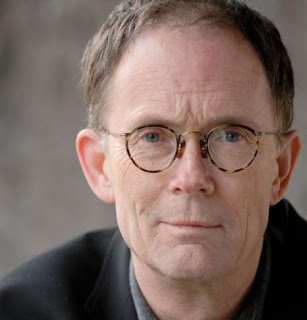 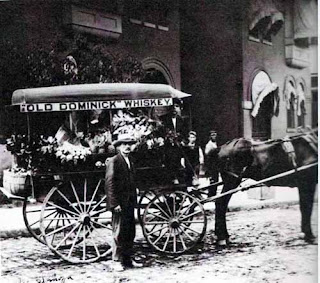 Recently the Washington Post ran a lengthy article on collectors of ephemera, that is, people who all kinds of items that are made of paper or other substances that were never meant to last over time. The word itself is from the Greek and means “for a day.” There is even an Ephemera Society of America with a sizable membership and a website.

These folks collect an amazing list of items. Among them are advertisements, billheads, stock certificates, trade cards, postcards, sheet music, photographs, bookplates, cigar box labels & bands, and greeting cards. The hobby is not a new one, having begun in England a century or more ago as the British developed colorful lithographic printing with elegant designs that were collected and often pressed into scrapbooks. Shown here is a particularly interesting early British trade card, currently valued at $800.

Ephemera collectors sometimes can make innovative use of their hobby. One of them is Author Caroline Preston. Ms. Preston, shown here, is described as a “former archivist and keen collector of ephemera. She has employed her collection to give birth to a new literary form: a novel that revolves around ephemera. She calls it “The Scrapbook of Freddie Pratt.”

The story, laid during the “Roaring 1920s” in a type set narrative set among images of vintage paper items. Ms. Preston, a collector herself, uses illustrations from fashion drawings, valentines, cigarette ads, party game boards, prescriptions for medicine, and trade cards to tell her story. The novel has garnered a number of favorable reviews.

I suspect very few collectors could pull off what Ms. Preston has done. For most of us, ephemera ends up tucked away in scrapbooks or plastic paged albums or even file folders. When I first began writing articles for collector magazines in 1990, I mailed my manuscript to the publishers with numbered photos inside as the illustrations. Most of them were photographs that I had purchased or taken myself. Sometimes the photos were of ephemera I had been forced to purchase just to fill out a need for pictures. Many of those trade cards, ads, etc., are still tucked at various places around the house. A few were displayed in my July 2011 post on “Comin’ Thro’ the Rye.”

With the dawn of the Internet, however, a revolution has taken place. Author William Gibson, shown here, in an interview with the Washington Post on 2007 called it the “eBay era “ Gibson, who is credited with inventing the term, “cyberspace,” noted that “every class of human artifact is being sorted and rationalized by this economically driven machine that constantly turns it over and brings it to a higher level of searchability....It’s like some sort of vast curatorial movement.”

Gibson is dead right. Moreover, eBay, Google, and other sites are bringing to public view all manner of ephemera from bygone days and exposing them to public view. No longer are trade cards, labels, travel stickers, and old photos stuck away to be looked at by an individual collector when the mood hits. Now they are on public view 24-7 and often for sale.

For several years now, I have not mailed any photos. The illustrations for my pieces, like the text itself, fly over the Internet to my editors. In one instance, the final format of the piece is itself an Internet newsletter, sent to members of a collecting club. It never sees a “hard” copy. As a result of the changes the electronic age has brought, I have accumulated on my Mac several thousand images, most of them of ephemera. They grace my articles and fuel this blog and its companion blog: “Those Pre-Pro Whiskey Men.” I collect several images virtually every day, file them on the computer, and call them up when needed.

Recently for the whiskey man blog, I did a post on a man named Domenico Canale who created a liquor and food dynasty in Memphis, Tennessee. Much earlier I had come across a marvelous circa 1910 photo of a fruit vendor, which Domenico had once been, pushing a cart that advertised Canale’s flagship whiskey, “Old Dominick.” It was a highly useful image to put across visually the rapid rise of an Italian immigrant boy to financial success. I have filed the photo away on my computer to use in such other contexts as may arise in the future.

What is the bottom line for ephemera in an electronic age? Go digital, you collectors, go digital!
Posted by Jack Sullivan at 5:57 AM No comments:

Buggy Makers: Gone But Not Forgotten 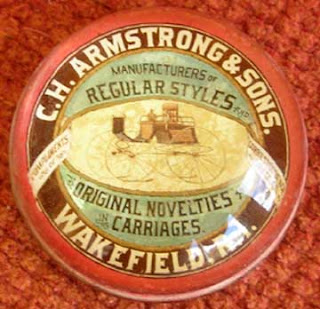 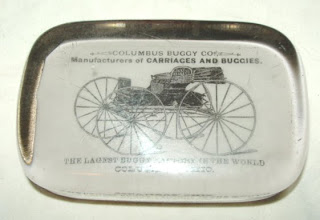 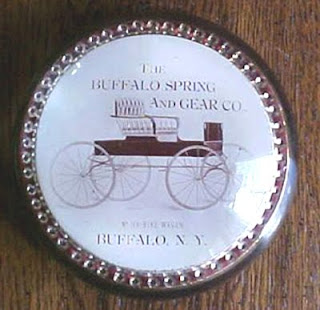 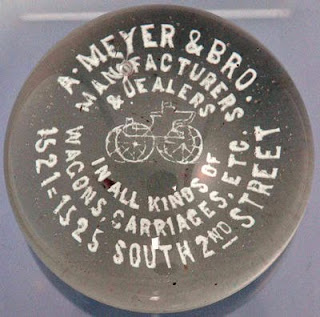 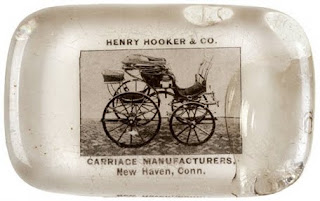 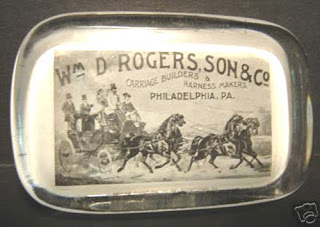 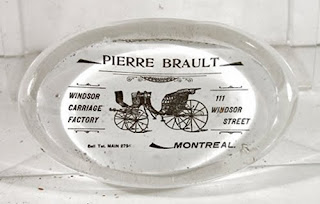 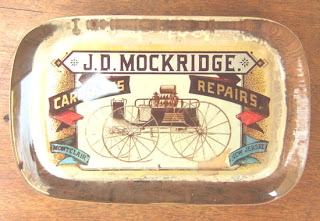 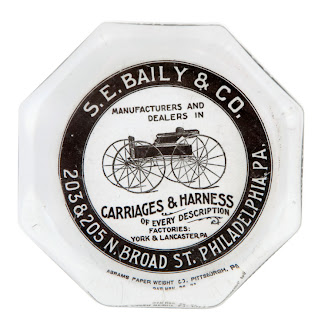 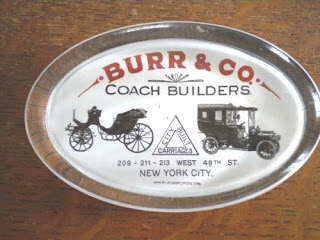 It is customary to say when something becomes obsolete that it “went the way of the horse and buggy.” Certainly the invention of the automobile in the late 19th Century doomed thousand of carriage makers in the United States. By the early 1920s, except for specialty builders (e.g. for Amish), virtually all were out of business. Earlier, however, a number of those companies had preserved their finest flivvers on glass paperweights that have survived through ensuing decades, many for a century or more.

This post celebrates that industry by depicting ten weights depicting buggies and providing a bit of history on each, as possible. The first, from C.H. Armstrong & Son is one of few employing color. It displays a large wheeled carriage and claims not only to provide “regular styles” but also “original novelties.” This firm was located in Wakefield, Rhode Island. It was a large carriage operation manufacturing in a long three story building with accompanying sheds. C.H. Armstrong & Son had its beginnings in 1861 and closed in 1921 when its attempts at invading the automobile business failed.

The Columbus Buggy Company was formed out of earlier companies in Columbus, Ohio, about 1875. By 1900 it was the largest buggy manufacturer in America, employing more than 1,000 workers. It is reported that both Harvey S. Firestone and Eddy Rickenbacker got their early business experience while working at the Columbus Buggy Company before moving on to other ventures. With the advent of the motor car, the company began to produce automobiles early in the 20th Century, both electric and gas powered. The vehicles failed to attract customers and the Columbus Buggy Company went bankrupt in 1913.

One of the classiest buggy paperweights in my view is one from the Buffalo Spring and Gear Company of Buffalo, New York. My research into this company has not resulted in much information, including not determining if the company made complete carriages or only springs and gears. I did discover that the Buffalo firm went out of business in 1902, well before the automobile took over. Little information is available as well on A. Meyer & Bro. They were a San Francisco firm and listed in a directory there in 1886-1887.

Henry Hooker was the head of the carriage company that bore his name, located in New Haven, Connecticut, and probably the individual most responsible for the paperweight with a photogravure picture of a buggy. A direct descendant of the Civil War general, Thomas Hooker, Henry was born in 1809 in Kensington, Connecticut. In 1840, he married Charlotte Lum of Oxford in that state and they had two children, both born in New Haven. Hooker died in 1873, before the automobile age, and a school in New Haven is named in his honor.

Wm. D. Rogers Son & Co. of Philadephia was one of America’s largest and most important carriage builders of the mid to late 1800s. This firm about 1894 moved from manufacturing the stage coach shown on the paperweight to constructing automobile bodies. It is said to have turned out the first limousine and first touring car bodies ever made in Philadelphia, constructing them for prominent local businessmen. Despite the fact that the Rogers company had a reputation for fine work, it went out of business in the 1920s.

I have been unable to find information on the Pierre Brault company of Montreal. But the J.D. Mockridge Carriage Repair was a Montclair, New Jersey, firm that operated from a large three-story building on Greenwood Avenue. There is a 1892 photo of the establishment that displays its production of buggies, wagons, and a horse drawn ambulance it was building for a local hospital. The paperweight, characterized by a multi-color format, is marked as the product of the Pyrophoto Company of New York City.

Samuel E. Bailey established his first company in 1890 in York, Pennsylvania. He specialized in the manufacture of wagons and later opened a factory for carriages in nearby Lancaster, Pennsylvania. He became the region’s largest employer, opened a show room in Philadelphia and erected a new, larger factory in 1896. The epitaph for the company, written by a historian of the buggy industry, reads: “Unfortunately the firm’s directors did not anticipate the success of the automobile, and in the mid-teens the region’s largest manufacturer was forced into bankruptcy.”

Our final paperweight is from the Burr Coach Builders of New York City. Note that it is straddling both worlds as other buggy makers tried to do, featuring both horse-drawn carriages and automobiles. Burr is reported to have experimented with automobile bodies as early as 1897 when they built the body for Henry W. Struss’s 4-cylinder Struss automobile. Burr was listed as a manufacturer of automobiles in the 1901 Hiscox directory, but historians doubt that complete vehicles were ever produced. Like so many similar manufacturers, Burr & Company did not survive, going out of business after 1910.

Ten paperweights tell ten somewhat different stories, the common thread being attempts to meet the threat to the horse and buggy from the newly invented internal combustion engine. Carriage manufacturers responded in diverse ways, but ultimately all memorialized here did not survive the technological revolution. But the artifacts they left us help to keep their memories fresh: gone but not forgotten.
Posted by Jack Sullivan at 6:38 AM 2 comments: