What Were the Chinese Drinking? 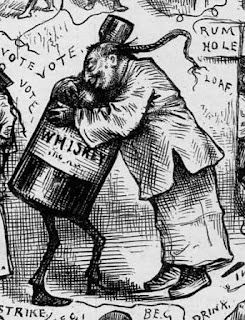 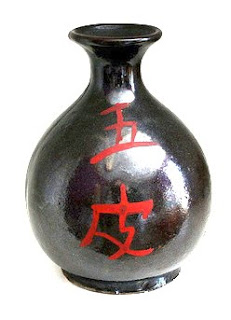 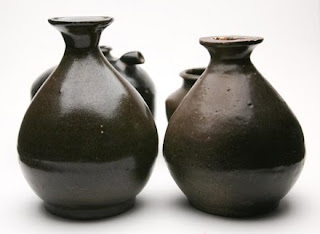 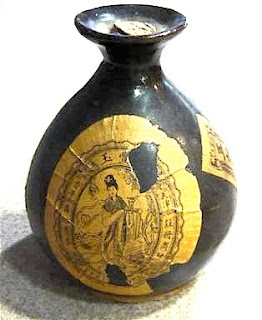 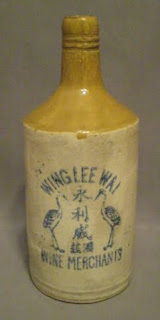 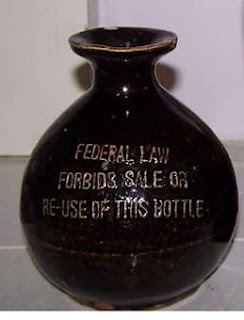 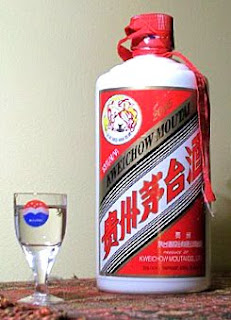 In an 1883 cartoon the famous New York political cartoonist, Thomas Nast, who regularly lampooned anti-Chinese immigrant prejudice, suggested in a drawing that if the Chinese embraced our whiskey and other native vices, they would be more acceptable to the American public. The Chinese failed to heed his tongue-in-cheek advice and continued for generations to import their liquor from Asia in distinctive ceramic bottles. Those containers are considered worthy of collecting today, but the question remains: “What were the Chinese drinking?”

During the 1800’s great numbers of Chinese workers were brought to the United States to work on the railroads and other infrastructure projects. They carried with them or had imported distinctive pottery containers, such as those shown here. For years these bottles have been classified as Chinese “Tiger” whiskeys. No one seems quite sure why they acquired that name but it may have been that early ones contained a paper label picturing a tiger.

When these containers come up for sale as they frequently do, the labels almost always have been washed away and lost. When they are found labeled the pictures vary by distillery and include a geisha, rose, eagle and storks. I have never seen a tiger label.

Two styles of container prevail. The most common is a bulbous bottle with an attractive curved neck and open mouth. When found these jugs almost never have their closure which appears to have been a cork plug that was further sealed across the top. These ceramics came with a dark brown glaze and were imported in great numbers. Occasionally they are decorated but most usually are plain.

A second style is cylindrical and may be of a later vintage. These are lighter in color, often crudely thrown pottery, but occasionally are found with underglaze cobalt lettering and pictorials, such as the two storks on a Wing Lee Wai bottle. Note that the company is identified as a “wine merchant.” Similar evidence has led many to conclude that these containers contained wine, not whiskey.

What kind of wine? Some bottles in Chinese say “medicinal wine,” others indicate just wine. Having twice been to China, I have amply tasted Chinese wine. Made from grapes, it is not particularly alcoholic and very sweet to the American taste. It is difficult to believe that a Chinese laborer, even one who was sick, would send across the ocean for his native wine.

The more recent bottles may hold a clue to the contents. Many of them are found with the legend shown here: “Federal law forbids reuse or resale of this bottle.” Known as the “nasty words,” this warning was required on all containers of alcoholic beverages from 1934 -- when Prohibition ended -- until the mid-1960s. Some of these containers also have labels that indicate the “proof” of their contents, that is, the percentage of alcohol involved. Marked as 90 proof, this is far more alcohol (45%) than fortified wines contain. Such strength even exceeds many brands of whiskey and gin.

Out of this evidence, I have concluded that these bottles contained a forerunner of China’s current alcoholic beverage of choice, called “maotai,” This is a highly potent drink made from rice or sometimes sorghum. It has an aroma and taste that some have called reminiscent of turpentine and cat urine. Famously, President Richard Nixon swallowed maotai and grimaced as he toasted Mao Zedong during his groundbreaking trip to China.

I became acquainted with maotai during a 1976 visit. A group of us were partying with it and I recall running to a nearby Shanghai store to buy another bottle. The next morning I woke up with what is called the “dreaded maotai sweats.” A not-so-subtle aroma seemed to be exuding from every pore of my body. And my head was pounding. The experience even 34 years later is memorable.

To bring this discussion to a conclusion, my guess is that neither whiskey nor wine was poured from these ceramics, but rather a highly distilled clear liquid, whose closest equivalent would be Appalachian moonshine. Only such a high voltage jolt, it seems to me, could have made it worth the trouble for Chinese immigrants to haul these bottles across the Pacific.
Posted by Jack Sullivan at 6:14 AM 3 comments: