The Bottle-Maker, A Princess, and A Glass Dress 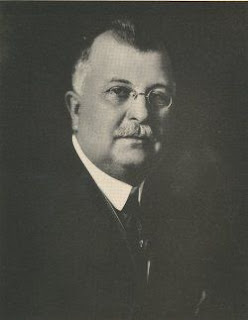 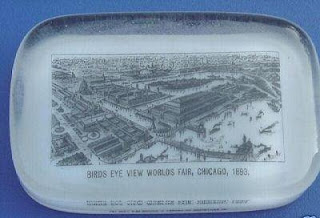 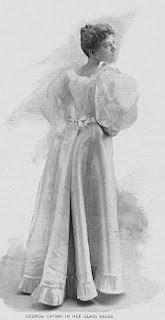 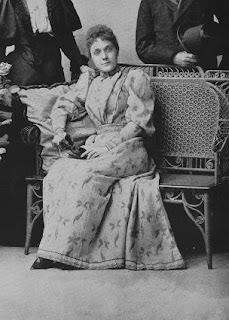 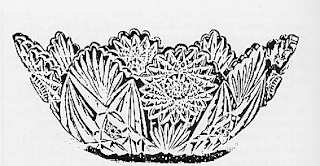 Edward Drummond Libbey, shown here, whose Toledo, Ohio, glassworks was struggling financially, made the decision in 1892 to “roll the dice” with a huge financial investment in a glassmaking pavilion at the 1893 Colombian Exhibition in Chicago. Among his many rewards for this daring venture was the tangible gratitude of a controversial Spanish princess. Their relationship revolved around a glass dress.

Libbey’s factory on esplanade made a wide range of items, like the souvenir paperweight shown here that displayed a “bird’s eye” view of Exposition grounds. Libbey’s most popular exhibit was a entire room with glass furnishings, including screens, window curtains and lamp shades.

Enchanted with these items, a well-known stage actress asked Libbey to make a glass dress. He obliged and she, as shown here, modeled it. The dress became one of the most popular exhibits at the fair. Although a New York Times writer predicted that glass dresses would become the fad of the future, the garment proved too brittle for general use.

Enter the princess, Her Royal Highness, the Infanta (Princess) Eulalia. After a visit with President Grover Cleveland in Washington, she traveled to the Midwest to represent Spain at the Exposition. Chicagoans, particularly society folks, were falling all over each other to see her and invite her to local functions. A Chicago newspaper opined: “The visit of the Spanish Infanta to the World's Fair was attended with some surprising demonstrations of toadyism, and betrayed a growing love of monarchy among many ambitious people.”

A substantial entourage kept Eulalia well protected from the curiosity seekers of Chicago causing, according to a contemporary report, “no little dissatisfaction among the elite of American society.” The Princess was portrayed as haughty and condescending, and her visit became a cause for controversy. But a mere mention that she would be visiting the Exposition on a particular day could increase attendance by 50,000.

Whatever her attitudes, Eulalia was fascinated by the glass dress, made several visits to the glass pavilion, and eventually asked Libbey to make another glass dress for her. He obliged and in gratitude Princess allowed him to use the Spanish royal insignia in his advertising. Libbey in turn had his craftsmen create a new “American brilliant” cut glass pattern he called “Eulalia,” shown here.

The attention drawn to the glass dress, Eulalia, and Libbey’s pavilion paid off hugely. He had established his glass house as one of America’s premier manufacturers. With subsequent profits, Libbey funded the development of the Owens bottle machine, which mechanized completely the manufacturing of glass containers, and the rest is history.
Posted by Jack Sullivan at 8:56 AM