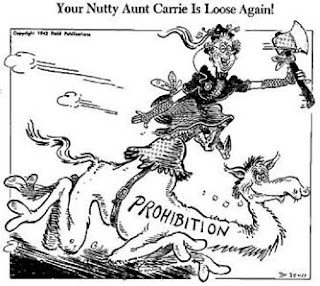 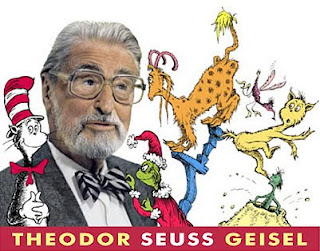 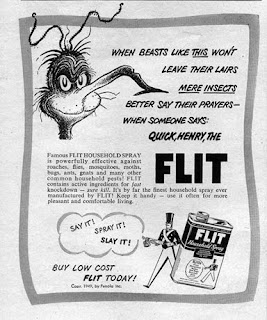 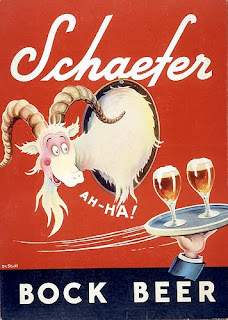 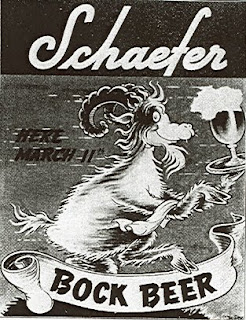 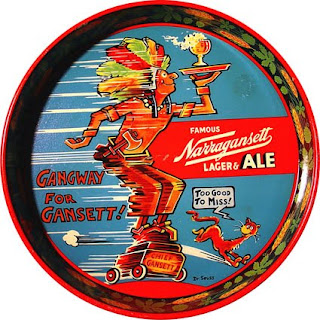 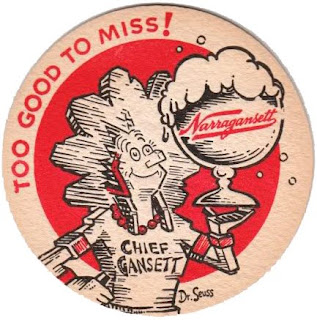 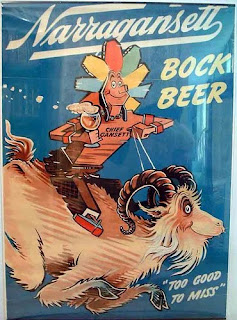 Last October when I used an anti-Prohibition cartoon by signed Dr. Seuss, it did not occur to me that there was a intriguing back story in the image. I have always been a fan of the Seuss books, from Cat in a Hat to Horton Hears a Hoo and beyond -- books read to my sons when they were tots.

Unknown to me then was that their author, Theodor Seuss Geisel, came from a family of brewers. His grandfather Geisel owned the Kalmbach and Geisel Brewery in Springfield, Mass. In 1894 it was renamed the Highland Brewery and five years later became part of the Springfield Brewery. In 1919, on the very day his father became president of the company, Prohibition was voted and eventually forced the brewery to close. Geisel never forgot the financial loss and trauma this event caused his family.

The 1942 anti-Prohibition cartoon was occasioned by a bill in Congress to lower the draft age that included a rider that would have outlawed the sale of liquor in areas adjacent to military installations. The concern, shared by Ted Geisel, was that there were very few liquor stores in wartime America that were not near some kind of military site. This threat occasioned the cartoon referencing the long dead Prohibition stalwart, Carrie Nation, riding on a characteristically Dr. Seuss camel.

Further research led to the realization that at times during his career Dr. Seuss not only championed strong drink but actually provided advertising materials for beer and whiskey. Before children’s books were a major occupation, Geisel had made a living largely by drawing ads for a number of U.S. companies, initially for an insecticide named “Flit,” made by Standard Oil.

Geisel’s first foray into alcoholic beverages occurred in 1937 when he was commissioned to do a series of ads for Schaefer Beer. A New York City brewery, the F & M Schaefer Company had been founded in 1842 by brothers from Wetzlar, Germany. The brewery survived Prohibition and at one point in the 1950s Schaefer was reputed to be the largest selling beer in the world. Geisel was hired to give a lively image to Schaefer’s bock beer, a dark malty seasonal beverage that typically is available in March and April.

Because “bock” is also the word for goat in German, the brew often is depicted with that image. In keeping with this tradition, Geisel used a typically Seussian-looking mountain goat for his ad. In one illustration, the goat is a trophy animal who is looking enviously off the wall at two glasses of beer passing by. In another, the goat is a waiter carrying a foaming schooner on a tray.

When a small Scotch distillery in 1939 decided to advertise in the U.S. market, it needed a special image that would make its bottles distinctive on the shelves of bars and liquor stories. Given the assignment, Geisel created the “Hankey Bird,” an absurd looking avian with a large beak and wearing a kilt. With the use of a small spring, the figure snapped onto the neck of a bottle of Hankey Bannister Scotch. It was brought instant attention to the whiskey and sales soared.

Noting his distinctive work for Schaefer, in 1942 the Narragansett Brewing Company, located in Cranston, Rhode Island, asked Geisel to undertake an ad campaign for its beer. The president, Rudolph F. Haffenreffer, was a avid collector of Native American artifacts including cigar store Indians. Haffenreffer asked Geisel to weave an Indian theme into his advertising.

Thus was born “Chief Gansett,” a blocky figure wearing beads, carrying a hatchet and boasting a multicolored headdress. Most often this wooden Indian carried a large goblet of beer. The image proved very popular and the Chief appeared on a range of marketing items including trays, bar coasters, and posters as well as appearing in newspaper and magazine ads. In an ad for bock beer, Chief Gansett was depicted riding on an animal that bore a strong resemblance to the goat Geisel earlier had drawn for Schaefer Beer.

Throughout his career Ted Geisel as Dr. Seuss had written and drawn for youngsters. In 1957, however, he published two remarkable books that sent his reputation into the stratosphere, Cat in a Hat and The Grinch Who Stole Christmas. Thereafter he was able to abandon commercial work entirely to concentrate on children’s literature. While generations forward may be thankful for that, a look back is instructive to the time when Dr. Seuss sold the sauce and a whole lot of other things through his art. Those drawings lovingly have been gathered by Dr. Charles D. Cohen, a Springfield Mass. dentist, in a marvelous book called Seuss, the Whole Seuss and Nothing But the Seuss. It is a must read for any Dr. Seuss aficionado.
Posted by Jack Sullivan at 2:18 PM