With the exception of days in Indochina during the Vietnam War, only occasionally have I been caught up in political crises abroad. In that genre perhaps the most notable event was my trip to Pakistan in 1988 to develop a proposal to support U.S. business development efforts there.   On my second day in Islamabad, I was having drinks at the home of a former USAID colleague, when the phone rang.   His daughter answered.

“Get the number and tell them I will call back,” my host replied.

When he returned, his face was ashen.   “The President’s plane has crashed on takeoff.  He was aboard with the American ambassador, Arnie Raphael.  Both are dead.”

The President was Mohammud Zia ul-Haq, the same Zia who had insulted Carter, winked at the burning of the American Embassy by a mob in 1980,  and ordered the execution of his predecessor,  Zulfikar ali Bhutto, despite the pleas of international leaders, including the Pope.   The general was widely known as the Bad Zia among American diplomats to differentiate him from President Zia of neighboring Bangladesh, known as the Good Zia.

There ensued an almost surreal five days during which the U.S. embassy strictly decreed that all Americans should stay in their hotels.   Television showed scenes of wild emotion among crowds surging here and there.  At the same time, with all shops closed, streets downtown were empty and quiet.  I was unable to visit the USAID Mission.  It was closed.  Nor could I visit the quarters of local collaborating organizations and potential subcontractors. 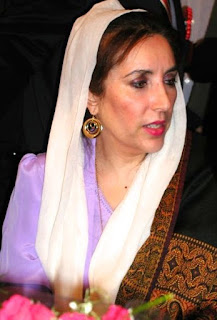 A Pakistani businessman whom I had hired to help me arrange appointments was a member of the inner circle of Benizir Bhutto, later to be Prime Minister herself.  As Pakistani and world leaders memorialized Zia with words of praise,  Benizir was quoted in the Islamabad press expressing a few tepid words of sympathy.

“What is she really saying behind the scenes?”  I ask my contact.

“The Lady  [as he always referred to her] says that justice has come to the man who murdered her father.”

In this atmosphere of heightened tensions, the Embassy advised all Americans to stay off the street.  A quiet service quickly was conducted for Ambassador Raphael, whom I had never met, shown here at his swearing in by President Reagan.  He was buried in a local cemetery.

I found it possible to do business only by asking contacts to meet me in the hotel lobby.  A half dozen contacts visited to discuss the project over the ensuing days.  Even that traffic stopped as the day of the funeral approached.  There was nothing to do but watch on television from my hotel room as wild expressions of grief and political turmoil gripped Pakistan.

As these tumultuous events were unfolding, my head was throbbing with the worst toothache I have ever experienced.   Quickly running out of aspirin, I went searching for more.  There were only two tablets in the entire hotel and no way of going anywhere to get more.   Forced to substitute by sucking on ice cubes made from tap water, I soon compounded my misery by bringing on  “Mohammed’s revenge.”

The moment I stepped aboard my Pan Am airplane bound for the U.S. it was like waking from a very bad nightmare.  The attendant quickly brought me aspirin and the trip home was blissful.  The USAID project for which I had ventured to Pakistan, however, subsequently was cancelled.  My trip had been a wild goose chase.

No conclusive proof exists on why Zia’s plane went down.  There have been plenty of theories:   a suicidal pilot,  a nerve gas bomb in the cabin,  a sidewinder missile launched from the end of the runway.  Because the airplane was a U.S.-made C-130, suspicion fell on Americans. One or two individuals who wrongly have thought me a covert member of the “Company” have suggested that my presence in Pakistan at that time was more than coincidental.

My response:  “The CIA is not in the habit of killing the American ambassador.”  But then again maybe I do not see enough movies. 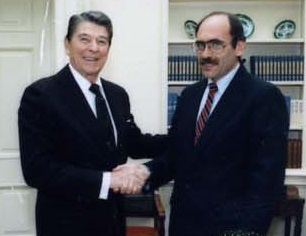 Note:  Above is Ambassador  Raphael as his swearing in by President Reagan.

Posted by Jack Sullivan at 5:26 AM