Vintage Automobiles in a Shoebox III

Foreword:  Late last year l posted the second in a series on paperweights that carry the images of vintage automobiles, explaining my fascination with the real thing — shared by many — but lacking the money to purchase any or the space to store them.  The solution being paperweights, many issued by early automakers that depict the vehicle, cost a fraction, and can be stored in a shoebox.  Recently a whole group of these  weights have come to light and deserve attention. 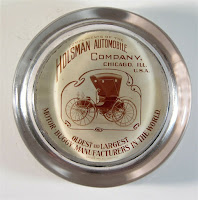 The Holsman Automobile was manufactured from 1901 to 1911, the brainchild of Henry K. Holsman from Chicago who designed, manufactured and sold the motor vehicle.  Henry is credited with inventing the first reverse gear.  The Holsman featured very high wheels, like its buggy predecessors, meant to ride the often muddy, rutted roads of the Midwest.  During its eight years of operation the Holsman produced about 2,500 cars, selling internationally. The company motto was:  “High Wheels Travel All Roads Because All Roads Are Made to Be Traveled by High Wheels.”  The weight shown here recently sold for $225. 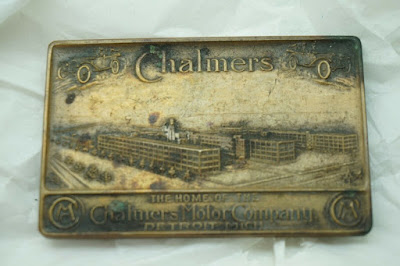 Hugh Chalmers was not an inventor, but known for his salesmanship and merchandising ability.  Lured to Detroit in 1907 when offered the presidency of a small automobile factory and the chance to have his name on a vehicle, he agreed and the Chalmers Automobile was born.  True to his reputation, Chalmers  greatly increased the company's visibility by hiring professional drivers and entering many road races, hill climbing events, and reliability contests when it consistently was a winner, generating wide publicity.  By 1911 Chalmers was the eighth top selling car in America.  Then began a slow slide downward and by 1916 the company was close to bankruptcy. Chalmers leased his plants, ending production. 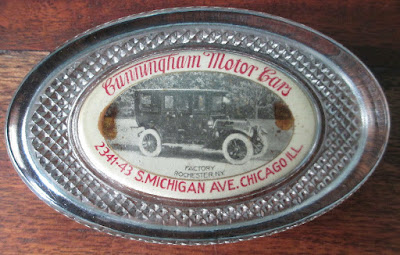 The Cunningham was a pioneering American automobile, one of the nation’s first, made from 1896 to 1931 in Rochester, New York by James Cunningham, Son and Company.  Starting with electric cars in 1908, the company moved to gasoline engines in 1908.  From the outset, Cunningham automobiles were admired for their clean lines.  a radiator shell of aluminum was included, and a feature seen on many of these cars was the use of aluminum steps instead of running boards.  Beginning with four cylinders Cunningham by 1916 had developed a V8 engine. 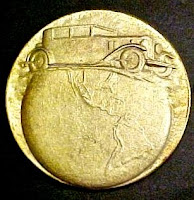 Marketing automobiles from its factory in Syracuse, New York, the Franklin Automobile, under founder Herbert. H. Franklin, was known for its air-cooled engines, lightweight bodies, and driving responsiveness.  Most early Franklins were wood-framed;  beginning in 1928, however, Franklins adopted a conventional pressed-steel frame. Aluminum was used throughout the vehicle to the extent that Franklin at one time was reckoned to be the largest user of aluminum in the world.  After 32 years in business the firm collapsed in 1934, the midst of the Great Depression.  As I boy I recall seeing Franklins on the street and thought them “snazzy.” 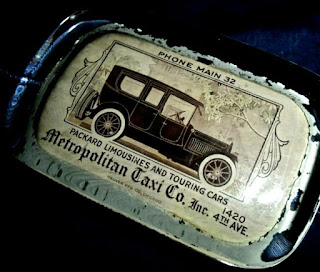 A more familiar card of my youth was the Packard, a luxury automobile manufactured by the Packard Motor Car Company. Originating in the vision of James and William Packard of Warren, Ohio, to build a better “horseless carriage,” 400 Packards were built in their local factory between 1899 to 1903.  After attracting a group of Detroit investors, the company moved to the Motor City.  Packard vehicles featured innovations, including the modern steering wheel, the first 12-cylinder engine and the first air-passenger car air conditioning. Packard’s last model was the Predator, ceasing business in 1956. 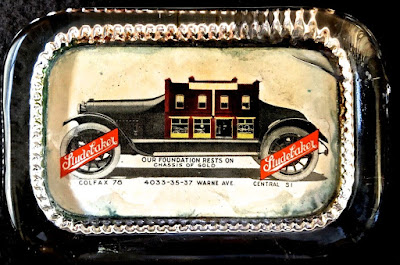 The Packard and Studebaker automobiles would end existence together when the former bought the latter in 1953.  Founded in 1852 in South Bend, Indiana, by the Studebaker brothers, the company initially made buggies, shifting to electric vehicles in 1802 and two years later to gasoline engines.  Under the name Studebaker Automobile Company, the firm embarked on a 50 year tradition of building cars of good quality and reliability.  To that reputation, I can attest, having driven one from Milwaukee to Southern Florida and back. 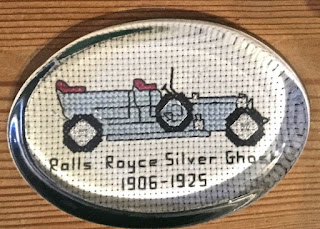 When Henry Royce, a builder construction cranes and Charles Roll established their partnership in Manchester, England in 1904, they could hardly have foreseen that their engineer prowess woulld soon earn them a reputation as “best car in the world.”  After several management changes during the period 1971-2003, the Rolls-Royce firm emerged as a publicly-held company.  A marketing survey in 1987 showed that only Coca-Cola was a more widely known brand than Rolls-Royce. 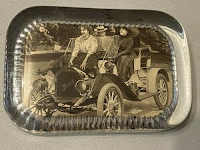 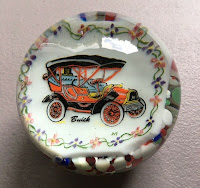 Buick is one of the oldest automobile brands in the world and the oldest in the United States. Its first automobiles were made in 1899 and 1900 in Detroit.  Then David Buick moved to Flint, Michigan, in  1903, incorporating as Buick Motor Company.  After management changes, Walter Durant, founder of General Motors, emerged as the principal figure in Buick’s history.  The car has continued as a major mid-sized brand for GM even as the highly regarded Pontiac has disappeared.  The image at left begins a final group of weights all latter day productions. 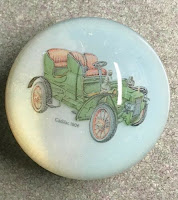 The Cadillac is another automobile swallowed up in GM.  Formed as the Cadillac Motor Car Company in 1905, the firm was made part of GM in 1909.  From its earliest years, Cadillac aimed at quality and luxury appointments, causing its cars to be considered the ultimate in American transportation.  Cadillac could boast a number of “first” in the industry, among them the first volume manufacturer of a fully enclosed car and the first to incorporate an electrical system for starting, ignition and lighting.  The weight shows a 1906 model. 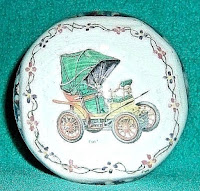 The final paperweight is of a Fiat of Italy. The first Fiat plant opened in 1899 with 35 staff making 24 cars. Known from the beginning for the talent and creativity of its engineering staff, by 1903 Fiat made a small profit and produced 135 cars; this grew to 1,149 cars by 1906. The paperweight displays the Fiat 1 which was the first car produced under the Fiat name. The car was called the Fiat 4HP though it was only rated at 31/2 HP. By 1910, Fiat was the largest Italian automotive company   It has continued in operation ever since its founding.

There they are:  eleven paperweights celebrating vintage motor cars, representing ten makes of automobile, three of them still available in the marketplace.  To me they never loose their fascination. Moreover, the entire eleven could be neatly stored in a shoe box.

Posted by Jack Sullivan at 5:30 AM