Drugs, Sex, and the Military in Panama

I recently watched the 2012 movie, “21 Jump Street,” about two rookie  policemen who go undercover back to high school in an effort to break up a drug ring.  The movie got good reviews but has the usual Hollywood trappings of a motorcycle and car chase, vehicle explosions, and considerable gunplay.  Nonetheless, the firm reminded me of my own adventure involving an analogous situation in the Panama Canal Zone.

It all began in November 1986 with a seemingly innocuous item in the Commerce Business Daily (CBD), the Federal government’s daily list of contracts being put out for bid.  The notice was from the U.S. military’s Southern Command, known as SOUTHCOM, located in the (former) Panama Canal Zone.  The Command was seeking a contractor to open and staff a secondary school for American military dependent students at a mothballed military base near Colon, a city on the Pacific side of the canal. 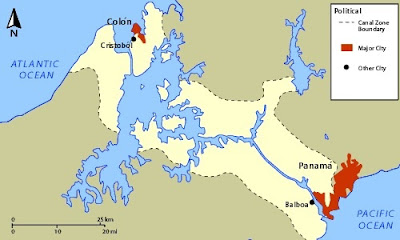 It was an unusual assignment but not so odd that the consulting firm for which I was working lacked interest.  The chairman, a New Mexico-born Hispanic, had lived in Panama, went to high school there and later had played on the national basketball team.  In addition, education in Central and South America was a “core” area of our business.  He was keen to find out more — and possibly to bid for the contract.

Since we would be dealing with Americans, my inability to speak Spanish was not a problem and thus, as vice president in charge of international business develpment, I was tapped for the assignment to investigate the opportunity and, if a go, lead the proposal team.  Moreover, I was familiar with the Canal Zone, having made two trips there as a staff member with Congressional delegations in 1962 and 1970.

Both trips had left me with lingering bad memories of the Zone and Zonians, as the Americans who lived there were known.  On the first trip a congressman in the group, a Catholic, at a party thrown for the delegation was subjected to an anti-Catholic slur by a somewhat inebriated colonel’s wife.  During the second trip, a specific mission to review SOUTHCOM,  the U.S. military's Southern Command, a black Panamanian friend and dinner guest of one of the congressmen was insulted by a drunken major in the SOUTHCOM Officer’s Club.  Moreover, during a Sunday boat outing for the delegation, several officers accompanying us were drunk and incoherent by 10 a.m.  Details were reported to the Secretary of Defense upon our return with a recommendation to get SOUTHCOM out of Panama. 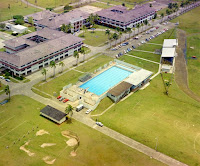 In 1977, responding to nearly 20 years of Panamanian protests, President Jimmy Carter and Panama’s General Omar Torrijos signed treaties that replaced the original 1903 agreement and called for a full transfer of canal control in 1999.  SOUTHCOM and other military were allowed to stay until that date but a naval base on the Colon side was “mothballed” as the Zone itself became Panamanian territory.  My pre-trip research revealed that Christobal High School, shown here near the Colon base, had been shut down but appeared to be intact and possibly could be reopened to accommodate the projected school.

In a piece of good fortune I first stopped in Honduras to do some marketing with American officials.  At lunch in the U.S. Embassy cafeteria , I happened to sit at a table with an American Army captain.  We struck up a very friendly conversation.  I was surprised and intrigued to find out that he was head of the military anti-narcotic unit in the former Zone.  When I told him where I was bound and why,  he said cryptically:  “When you get to Panama, look me up. I may have something you will be interested in.” 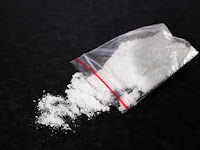 The Captain’s office was my first stop.  He told this story:   Through an undercover enlisted man posing as a high school student, his unit had broken up a drug ring, one dealing in pot and cocaine, at the American High School in the former Zone.  About a dozen boys, all sons of officers, had been caught exchanging banned substances, readily available in Panama, for “sexual favors” from the wives of enlisted men.  The encounters occurred at the women’s homes during the day while their husbands were on duty.

That day I met the undercover MP, a handsome young man
of Latino heritage who looked a trifle old to be in high school but had pulled off the impersonation.  He emerged with the names of the boys involved in the drugs-for-sex ring.  Night raids on their bedrooms were conducted at their military-provided homes, sometimes over strenuous parental objections. More incriminating evidence was turned up.

Under the terms of the 1977 treaty that turned the Zone over to the Panamanians,  the juvenile perpetrators should have been subjected to Panamanian law.   Reluctant to submit them to Latino justice, however, the U.S. military alternative was to banish the kids back to the U.S.  In most cases that meant that their mothers had to go with them.  Over time their officer fathers had complained loudly and repeatedly to the Commanding General about not having their wives around.

Thus was hatched the idea of opening a special boarding school for the drug-dealing over-sexed boys, a place where they would be under supervision but inside Panama, with families semi-reunited and Mama back home. Tucked away on the Pacific side of the country, the miscreants would be out of sight and, it was hoped, out of trouble while getting an education.  This clearly was a military solution:  The costs involved apparently were not a consideration. 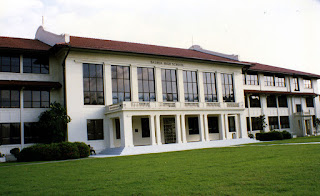 The scheme may have seemed like a good idea at the time to the Army brass, good enough, in fact, to warrant a formal announcement in the Commerce Business Daily, but my presence in Panama seeking more information appeared to panic the population.  At the American High School, shown here, the civilian principal emphatically denied to me that there were any drug problems at the school and feigned complete ignorance of the projected high school in Colon.

A series of phone calls revealed that no military officer of any authority was willing to talk to me. There were firm denials about the Colon school plan -- until I read from the CBD notice.  After a few semi-frantic calls it was decided that a female Army second lieutenant from public relations would meet with me at SOUTHCOM headquarters.  The interview lasted less than five minutes.  She suggested that military secrets were involved and, over my objections, we adjourned. 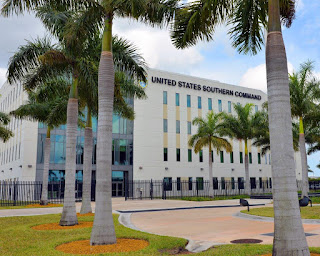 Adding to the excitement was my decision not to rent a car.  During earlier visits taxicabs had been ubiquitous in the Zone so I had decided not to hire a car and driver.  In the new era, however, taxis were virtually nonexistent. I was forced to beg rides, even hitchhike, from office to office.   The personal sense of adventure involved in that strategy evaporated by afternoon when I got caught in a driving rain squall while walking a half mile to my final appointment, a meeting with an Army psychiatrist whose relevance to my inquiry I cannot recall. As my suit dripped on his carpet, he was pleasant but as unhelpful as the others.

That night, as I stood in my hotel room watching the sun go down over the skyline of Panama City I was struck how changed it had become since my earlier visits.  High rise buildings were to be seen everywhere with cranes busy constructing others.  Most of those high rises were empty I had been told, built as a way of “laundering”  the millions of dollars in narcotics money that flowed through Panama.  Then I sat down to write my report of findings. In summary:  “This procurement is crazy.  Forget about bidding.”

My visit apparently set off alarm bells not just in SOUTHCOM but likely all the way back to the Pentagon. Before I had even returned to my office, the Colon school procurement notice had been rescinded without explanation in the Commerce Business Daily.  How much heartburn, I wondered, might that have caused some of the officer corp at SOUTHCOM.  But on the other hand, score one for rationality.

Posted by Jack Sullivan at 6:08 AM