Anyone looking in on this blog from time to time will recognized my fixation with glass paperweights, particularly those that advertise a product or place from an earlier era.  Recently I have been intrigued with weights that feature animals in unusual — indeed, weird — situations and am happy here to share their images. 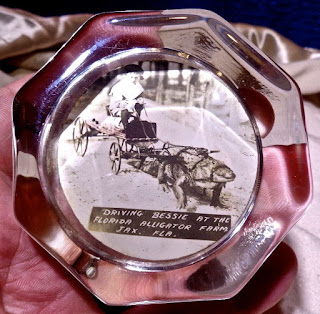 A good example is a glass weight that shows an alligator in harness pulling a wagon driven by a small boy.  The caption says “Driving Bessie at the Florida Alligator Farm” in Jacksonville, Florida.  The farm was the outgrowth of an “antiquarian Disneyland”  called Dixieland Park, opened in 1907 as “The Coney Island of the South.”  The venue featured a wide variety of rides, animals and other attractions.   Largely shut down after World War One, the park acquired a large number of alligators and was renamed the Florida Alligator Farm.  By the 1930s the entire collection was sold to what is now the St. Augustine Alligator Farm. 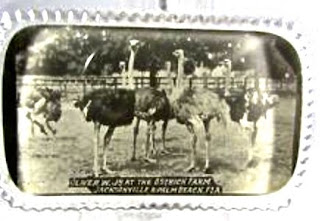 A key element of the earlier Dixieland Park was its ostrich farm, the large birds a strange and exotic sight in early 20th Century America.  One could not just ogle the ungainly large birds, but also go for a ride on them.  Show here on a weight unbridled, the novelty of riding an ostrich apparently faded rather quickly.  After all, who wants to ride one twice?  Bring in the alligators! 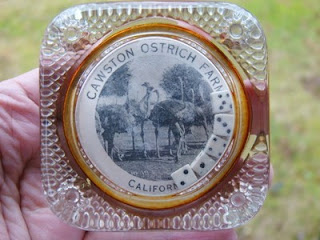 The Cawston Ostrich Farm was the 1885 brainchild of Edwin Cawston who chartered a ship to take fifty birds from South Africa to Galveston, Texas, where they boarded a train for Pasadena, California.  Of the original fifty only eighteen survived the trip but, nature being as it is, the farm had over 100 ostriches from the survivors.  Shown here is some of Cawston’s flock. 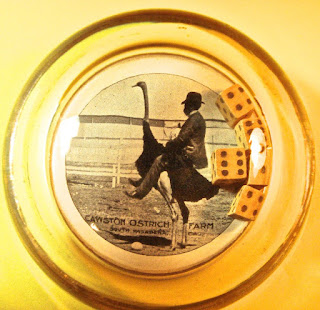 The Cawston Ostrich Farm became a premier Southern California tourist attraction for many years, aided by a trolley line that brought visitors from Los Angeles.  Guests were able to ride on the backs of ostriches, as shown here, be taken for ostrich drawn carriage rides, and buy ostrich feathered hats, boas, capes and fans at the Ostrich Farm store that was connected to the factory.  Although Cawston’s closed in the 1930s, original buildings still stand and are designated South Pasadena Cultural Landmark #18. 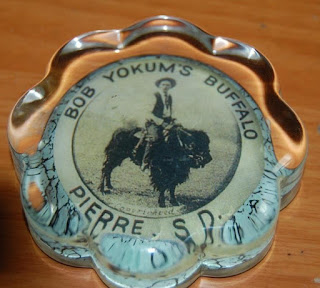 Ride an ostrich, why not ride a buffalo?  Bob Yokum, a saloon owner in South Dakota set out to prove that it could be done.  Not known for intelligence, buffalo —The American bison — do not like to be saddled or harnessed and have a mean “buck.”  Determined to find out what a buffalo could be trained to do, over several years Yokum was able to train them to pull a wagon and even to be mounted like a horse.   At his farm near Fort Pierre, S.D., he gave demonstrations, even to racing his buffalo against horses or putting them in a Mexican bull ring.  In each case, his shaggy beasts came out the winners. 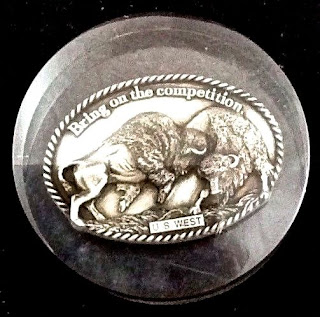 While on the trail of the buffalo, here is a more contemporary paperweight, issued by the U.S. West telephone company showing two male buffalo butting out their aggression.  This company was one of a number of firms that emerged from the “break up” of the old AT&T.  The tag line is “Bring on the competition,” a reference to a number of firms vying for the landline business.  U.S. West is a couple of decades gone, the victim of mergers and changes in technology, e.g. cell phones. 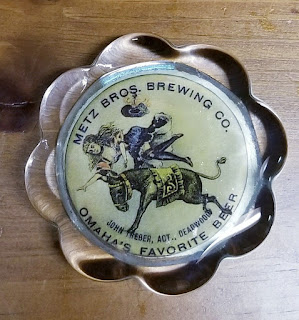 The Metz Brothers Brewing Company was among the first brewers in Nebraska, founded in 1859 in Omaha and bought by the brothers in 1861.  By 1880 it was producing 12,400 barrels of beer annually.  Claiming they had “no equal in the country,”  Metz issued a number of giveaway items to saloons and restaurants carrying their brew, among them this weight showing a pretty young damsel trying to ride a donkey, with little success.  It has always puzzled me what a picture like this had to do with beer. 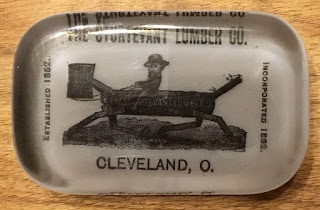 The fellow on the next weight had no fear of being bucked off because he appears to be riding a wooden horse.  Established in Cleveland in 1852 and incorporated 30 years later, the Sturtevant Lumber Company. The company seems to have had some imagination in depicting what I imagine was its founder riding this “splinter steed.”  Sturtevant’s yards and mill were located at Central Way, corner of Stone’s Levee. 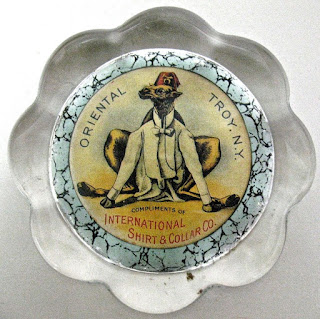 Talk about weird.  Check out this camel with a Shriner’s hat, swatting down in a shirt and collar.  The city designation provides a clue.  Troy, New York, bears the nickname the “Collar City,” a label that originated in the long-term presence of the detachable collar industry that began in Troy in the 1820s.  In addition to collars and cuffs, an entire shirt industry grew up in Troy.  Making shirts early in the nineteenth century became a factory business with numerous companies being located in Troy’s urban center.  International Shirt & Collar Co., faced with considerable competition even in Troy, went the route of the camel. 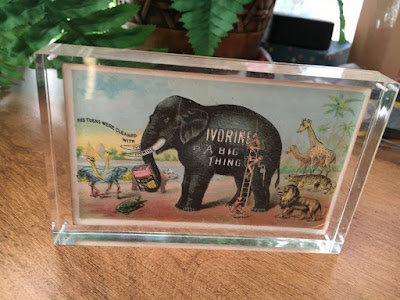 Let’s end this litany with an elephant.  This one advertises “Ivorine,” a product whose purpose is only hinted at on the object.  It declares that “Ivorine is a big thing,” and that the animal’s tusks were cleaned with Ivorine.  Nowhere can I find a hint of what this product was and what it did.  The word is generically used for anything resembling ivory and the reason, I presume, that an elephant was chosen to grace the paperweight.

From alligator to elephant, the makers of vintage glass paperweights have employed the odd images of animals to advertise.  They provide a glimpse into a not-so-distant past that, looking at these, can seem eons ago.

Posted by Jack Sullivan at 6:33 AM