Who the Heck Was Irvin S. Cobb? 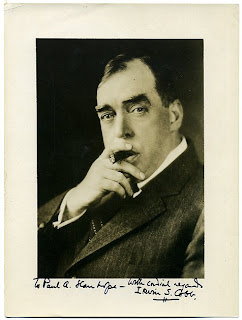 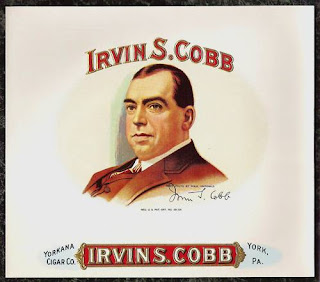 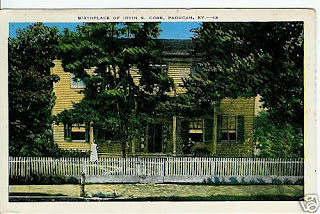 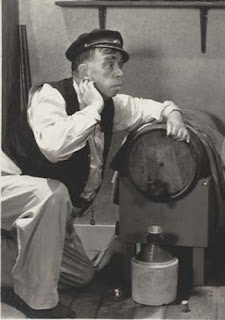 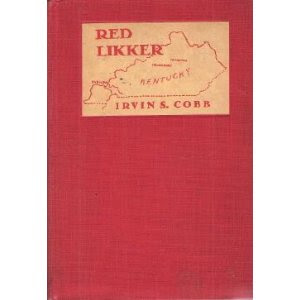 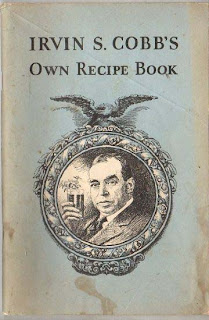 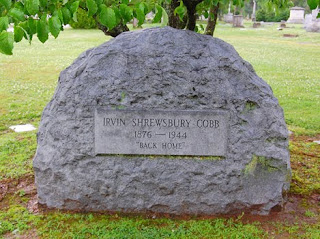 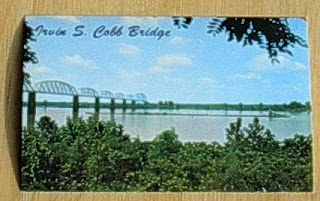 Once he was among America’s top celebrities: author of 60 books, he was America’s highest paid journalist, a star of radio, motion pictures and the lecture circuit. More celebrated in his time than Jay Leno or David Letterman in ours, he hosted the Academy Awards in 1935, received the French Legion of Honor, and two honorary doctorates. A bridge over the Ohio river, parks, a major hotel, and a brand of cigars were named after him.

Yet today, little more than 60 years after his death almost no one knows who Irvin S. Cobb was or what he did. If for nothing else he should be celebrated for his role in repealing the Prohibition amendment to the Constitution.

Irwin Shrewsbury Cobb was born in his grandfather’s house in Paducah, Kentucky, in 1876, shown here in postcard view. At the age of 16 he was forced to quit school to support his mother and siblings. By the age of 19 he was the youngest newspaper editor in the country, working for the Paducah Evening News. Moving to the Louisville Evening News, he gained attention for a humor column entitled “Kentucky Sour Mash.”

Encouraged by the success of his column and encouraged by his wife, he headed to New York City to make his mark. In the Big Apple he eventually landed a job with the New York World and within months was writing a nationally syndicated column, one that eventually boasted readership in the millions. H.L. Mencken, who came to regret it, once compared him to Mark Twain.

As native Kentuckian, Cobb was steeped in the taste and lore of whiskey. As shown here in a movie still, drinking often was a feature of his film roles. At the height of Cobb’s popularity in 1920 National Prohibition was enacted. At first he dealt with it humorously, writing that: “Since Prohibition came in and a hiccup became a mark of affluence instead of a social error as formally, and a loaded flank is a sign of hospitality rather than of menace, things may have changed.”

That jocular attitude had vanished by 1929 when Cobb wrote the only American novel devoted to the American whiskey industry. Entitled “Red Likker” and featuring a map of Kentucky on the cover, the book tells the story of an family that founded a distillery called Bird and Son right after the Civil War. It traces the history of the business to Prohibition when, like most distilleries, it was forced to close. Ultimately the distillery is destroyed by fire and the family is reduced to to running a crossroads grocery store.

Not only did Cobb inveigh against Prohibition in his literary works, he made it a personal crusade. Joining a national organization called the Association Against the Prohibition Amendment, he became its chairman of the Authors and Artists Committee. Under his vigorous leadership the committee ultimately boasted 361 members, including some of the nation’s best known figures. As chairman, he blamed Prohibition for increased crime, alcoholism, and disrespect for law. “If Prohibition is a a noble experiment,” he said, “then the San Francisco fire and the Galveston flood should be listed among the noble experiments of our national history.”

When Prohibition finally ended in 1934, Cobb was recognized for his contribution. The first night liquor became legal, he reportedly went to a hotel bar that once again had begun pouring, pulled out a $20 bill and hollered: “Drinks for everyone.”

Immediately after Repeal the whiskey industry feared that the buying public no longer knew how to make mixed drinks. The result was a plethora of drink recipe books. When newly revived Frankfort Distillery wanted one to plug its brands, it turned to Cobb. He obliged with a pamphlet in which he claimed, somewhat fancifully that one of his ancestors, Dean Henry Cobb, an immigrant from Ireland, in 1636 was the first publican licensed to draw spirits in the New World. He also described a great-grandfather who went west to Kentucky and founded “Squire Cobb’s Tavern” along the Cumberland River, a business Cobb claimed the “squire” abandoned one step ahead of the sheriff.

During the late 1930s and early 1940s, Cobb’s reputation plummeted as racist themes came to the fore in his writing. In 1941 his national column was canceled. Increasingly in ill health, Cobb died at age 68 in 1944. He was buried with a simple headstone in a Paducah cemetery. The inscription reads “Back Home.” The memory of Cobb’s life and fame quickly faded. The products to which he gave his name are no longer sold.

Perhaps the most enduring monument to a man who helped rid the Nation of Prohibition is the Irvin S. Cobb bridge. It is a two-lane span that carries U.S. Route 45 over the Ohio River from Brookport, Illinois, to Paducah. Motorists complain that it is a bumpy ride.
Posted by Jack Sullivan at 5:30 AM