The Appeals and Perils of Appraisal 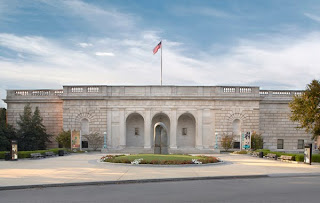 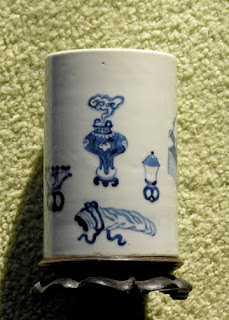 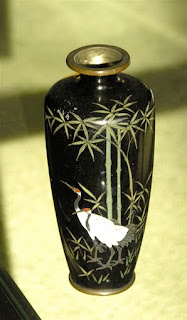 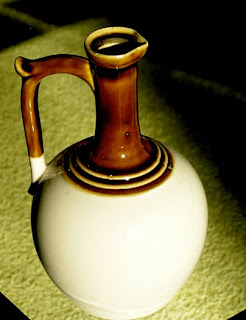 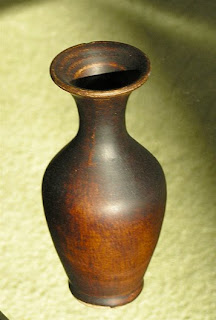 From time to time I am asked to look at an artifact, often a whiskey jug, and provide the owner with an idea of its value. It is always a difficult chore for me. Recently, for example, I appraised an item that its owner had just bought and hoped to resell right away. When I gave him my estimate he objected that my quote was the amount he himself had paid --and he obviously wanted to turn a tidy profit on the resale. I wished him luck.

Moreover in my articles and this blog I deliberately shy away from making personal estimates of the monetary value of items being featured. While recognizing the appeals of appraisal, I am ever conscious of the ever present perils.

That was particularly brought home to me a few years ago at the Freer Gallery of Oriental Arts, located on the Mall in Washington, D.C. Once a month curators there provide free appraisals of items of Asian origin brought to them by the public. Among their unspoken motivations is locating a museum quality piece that might then be donated to the Freer.

Having spent almost two decades traveling regularly to Asia, I had a small collection of artifacts that were personal treasures, many of them on prominent display in our home. After waiting four months, the day for my Freer appraisal arrived. Among the items I brought for inspection were the four shown here.

The first inspected was a Chinese blue and white ink stand that I purchased from a shop in Vietnam about 1970. I am fond of the object, finding its slightly skewed designs very attractive. The Freer curator had other ideas. “Where did you get this?,” she demanded. Vietnam, I replied. “Well just look at the second rate work the Chinese were foisting off on their colonies.” I gulped.

From there we went to a cloisonné vase decorated with storks that has been among my prized possessions. “Where did you get this?” she asked. An antique store in Beijing, I replied. “Well, she replied, this is not Chinese. This is Japanese. Shows you how little those Chinese antique dealers know about anything!” I gulped twice.

The third item offered up for inspection was a small wine jug with an attractive glaze that has greeted visitors to our home for many years. I had purchased it in Vietnam assuming it was a vintage Vietnamese ceramic. This object was met with similar disdain. The Freer appraiser identified it as a wine jug made in China, shipped to France where it was filled with wine and then shipped back to Vietnam for French colonial consumption. Another letdown. I was beginning to regard the Freer as the Land of Broken Dreams.

Just before leaving home, however, I had spied a small earthenware vase with a brown glaze, purchased at a flea market in Jakarta, Indonesia, for half a dollar and, for a lark, included it in my haul. It was the final item for appraisal. When the curator came upon it she stopped short: “Where did you get this?” I told her. Examining it carefully under a magnifier, she kept muttering under her breath. Then she called over her fellow curator and they began a low conversation.

When they finished talking, my curator returned: “We think someone is trying to fake a early Chinese glaze.“ “Why would someone do that and then sell the vase to me for fifty cents?” I asked. She ventured no reply. Then it occurred to me that I had seen a second jug with an identical glaze at the market. “When I return to Indonesia would you like me to purchase it for you?” For the first time all day the Freer lady was enthusiastic: “By all means.”

When I returned to Indonesia and visited the same market stall, the second vase had been sold. Back home, however, the little brown vase immediately began occupying a place of special honor in our living room. It has been there ever since -- a subtle reminder of both the appeals and perils of appraisal.
Posted by Jack Sullivan at 7:03 AM